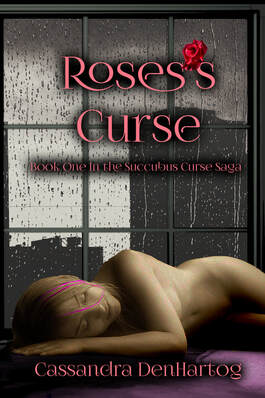 She’s a virgin.
She has the Succubus Curse.
She’s a virgin.
She has the Succubus Curse.
She’ll die without sex.
Sex will kill the only man she’s ever loved.
In one last desperate act, Rose travels to the West Cost seeking her sisters she hadn’t seen since she was forced to leave the orphanage, with the hopes one of them might know how to break her curse. What she finds instead is a vicious world filled with paranormal creatures, and one man. Garth is a low rank, pizza obsessed, hitman who has made it clear he won’t leave her side until he finds a way to help her. He wants nothing in return. As they risk death to break her curse, and had led her to  Los  Angeles they both tumble deep into this world of sex, love, and magic.